Struggling to market your business?

I did too. And now I want to teach you everything I've learned. 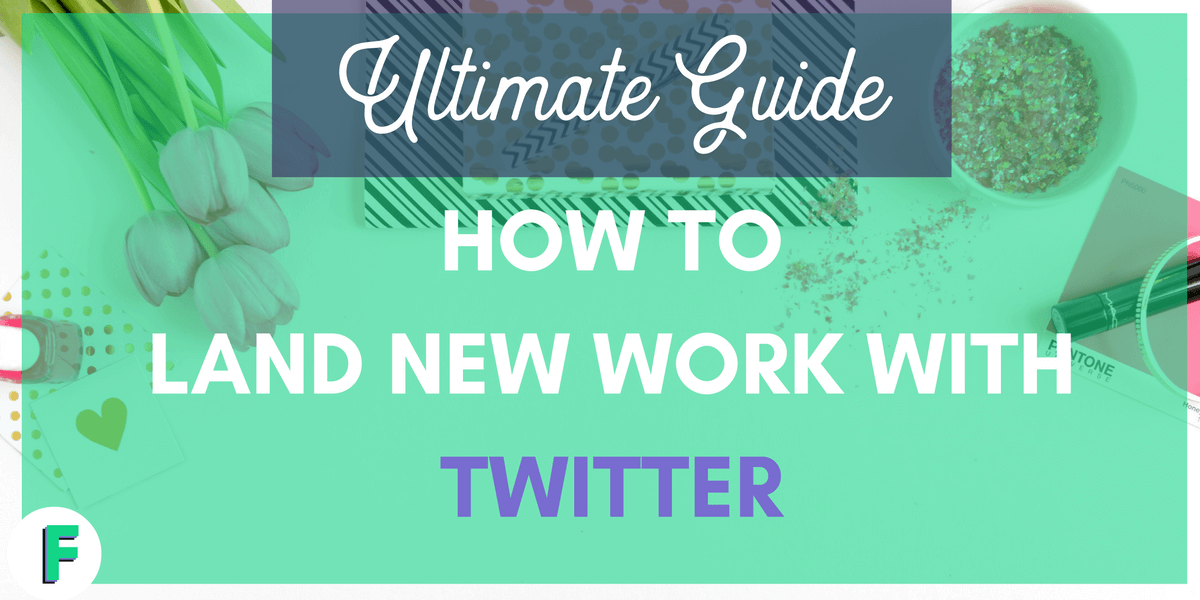 Let’s face it — as a freelance writer, landing a new client is not the easiest thing in the world.

When you’re first starting out and trying to drum up a clientele, there are quite a few methods that I’m sure you’ve been using to land clients; with the most popular being cold pitching via email. 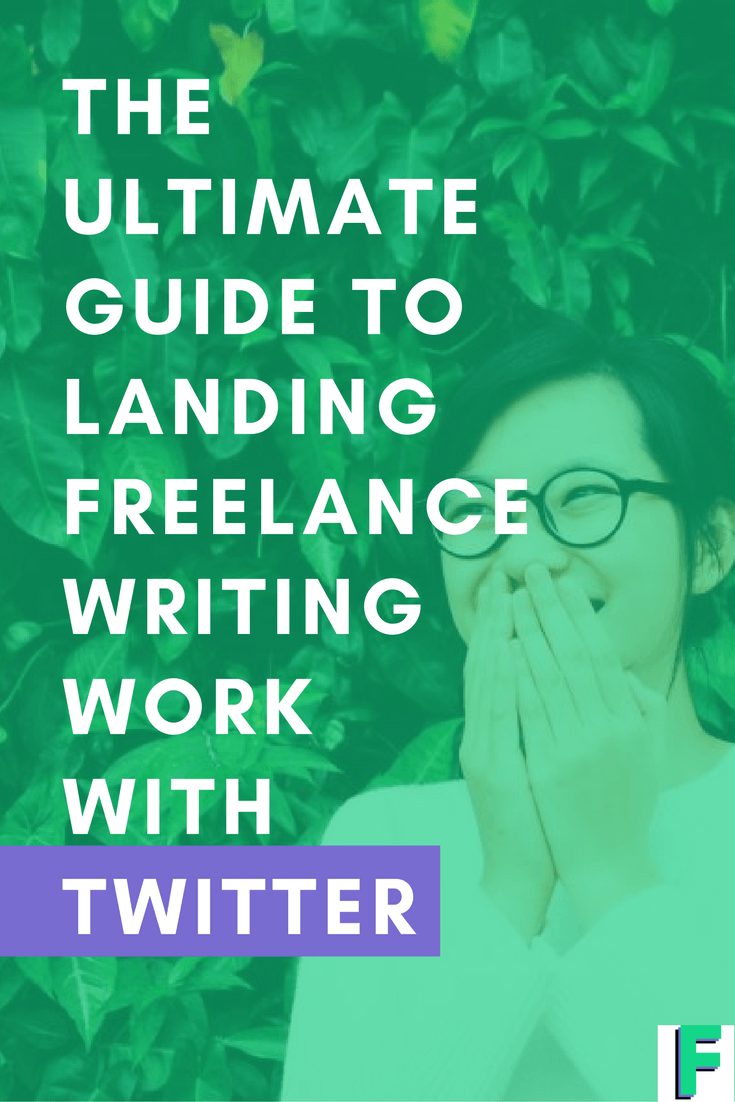 Now don’t get me wrong — methods like cold pitching or building a blog of your own that generates leads works amazingly well if you know how to do all correctly; but there are other methods that can work just as well, if not better.

…would want to know how?

You bet it is! And I can say that honestly because I’ve used social channels like Twitter and LinkedIn to land long-term writing work with some pretty big names in my current niches.

I did a rough estimate on the amount of money I’ve made from the clients I’ve landed using social media as my launchpad and the total came out to around $4,000.

That’s a nice wad of cash, no?

Over the past few months, I’ve developed a really simple method for building connections on Twitter that can help you easily land freelance writing work with your ideal clients.

This is my personal method and it has worked really well.

In the next few steps, I’ll walk you through how to use Twitter as your secret weapon for getting freelance writing clients.

This method is very simple in terms of actionability, but understand, that it’s not something you do once and then leave it alone.

This marketing method is all about building meaningful connections; generating leads that will hopefully convert into becoming a client, and that means it will take some time to lay the groundwork and get the ball rolling.

Will you see immediate results? Probably not, but you are likely to see results.

But why use Twitter? Is there even a point?

Do you know how hard it is to land a meeting with the Marketing Director or CEO of a Fortune 500 company? What about meeting your all-time favorite celeb?

Do you think you can just track down a phone number, give them a call and meet them face-to-face?

Nope, you can’t. Not unless you were the President or something like that 😄.

The fact is that it’s nearly impossible to get any face-to-face time with anyone outside of your circle of connections let alone get on their radar as someone worth paying attention to.

But, Social Media made connecting with people you’d never in a million years get connected with waaaaaaay easier.

Take a look at Justin Timberlake; he’s the very definition of what it means to be an unreachable celebrity.

But when it comes to Twitter, he’s always retweeting and replying to tweets from his fans.

Just look at this one:

I don’t know who @vgib95 is on Twitter, but I bet she was flipping out when Mr. JT himself not only retweeted her tweet, but then responded with a funny tweet of his own.

Twitter is an amazing platform precisely for this reason; it makes connecting with people that would normally be impossible to reach as easy as a Tweet to them.

So now that we’ve established that Twitter rocks (and that Justin Timberlake is pretty awesome), are you ready to learn this kick-butt, gig-generating freelance marketing method?

It’s all listed below.

That one’s the easiest and shortest part to all of this. I don’t think I need to explain much further than that.

Who do you really want to work with? Where would you love to land a byline? Is there anyone you’d love to learn from?

Perhaps you’re a fashion blogger, and you’d like to write for Seventeen’s Fashion Blog. Or maybe you’re someone like me who writes about Online Marketing and would like to work with well-known online entrepreneurs.

I could keep giving examples, but I don’t think I need to.

The point is that there are likely people you want to work with, but they’re just so far out of your reach that you have no idea who to get in touch with them.

Look them up on the platform and once you find them, add them to a private Twitter List. If you’ve never created a list before, don’t fret — it’s super easy. You can read the quick steps to create one here.

A Twitter List is like a filtered timeline that makes it easier to find the tweets by people who matter most to you — in this case, that’d be your prospects.

Now that you’ve created a list of people that you’d like to work with, it’s time to get down to business.

Okay, now here is where things start to get fun.

Since you’ve created a list, now you need to start engaging your prospects.

Here is how you do it:

All of these little things take about 10- 15 minutes out of my day and they’re great ways to engage someone who would never know me otherwise. Using this method, I’ve been able to get long-term writing gigs and have conversations with big names and companies in my writing niches.

Even for the people that I have yet to work with, doing this helps me to build a relationship and connection that I likely couldn’t do without a platform like Twitter.

Those connections are VERY important.

The saying, “it’s not what you know, it’s who you know” is just as true with freelance writing as any other business — if not more so.

[Tweet “”It’s not what you know, it’s who you know” is just as true with freelance writing as any other business — if not more so. #twitterforwork #freelancewriting”]

Twitter gives you a chance to forge a relationship which makes it easier for the next step to happen.

Not every person you want to work with will do Twitter Chats, but if they do, then be sure to join in.

Not only are they fun, but they are a great way to be in touch with your clients and learn more about the people that you will hopefully, write to one day soon.

After you’ve spent some time warming up your prospects, now is the time that you can start to inquire about work.

If you follow them and they follow you back, then you can send them a Direct Message that stays off of your Twitter Feed so that your conversation can be private. Even if they don’t follow you, you can still send them a Tweet to inquire about writing work.

Here is some examples of you could say:

Hi (name). It’s been awesome being chating with you the past few weeks. I love your blog/magazine/work — I’m a huge fan! I was curious if you ever hire writers to create content? If so, I’d love the chance to work with you. Just let me know. Either way, it’s been great being in touch :). Consider me a fan for life!

Now, that won’t all fit in a single message, so you’ll have to use a few tweets, but this is a great way to put yourself out there without putting them in an odd spot all while still speaking to their ego (if only slightly).

By stating you’re a fan and developing that relationship beforehand, they already know you and they won’t want to put down one of their readers that they’ve worked hard to get.

Therefore, this message, or something like it, covers all your ends.

Even if they don’t say yes to working with you now, the fact that you put yourself out there will keep you in their mind.

I’ve done this before and my prospect said he wasn’t looking for writers at the moment. I told him that that wasn’t a problem and I kept in touch using the methods above.

After a couple of months, he got in touch with me and asked me to start writing for him. That work has landed me bylines on 3 top blogs in the blogging and online marketing niche.

That also equates to around $2,000 in income for me in the next couple of months.

This method has worked pretty well for me and I continue to implement it so that I’m always building connections — something that is vital for my business.

After creating a list, the outreach and marketing method takes about 10-15 minutes out of my day, usually less.

I don’t do it every day, but make sure to do it at least couple times a every week so that I’m always popping up in my prospects notifcation feed.

Twitter is just one method I use to market myself while increasing my chances of actually landing work, bylines, and meeting people I want to learn from or work with.

Another social platform that I’ve been finding a large amount of success with is LinkedIn.

Would you guys like to learn how I’ve used LinkedIn to connect with people like the Editors of Starbucks’ online blog, Marketing Directors of well-known brands in my niches, and well-known bloggers and copywriters like Bob Bly and Neil Patel?

Let me know in your comments.

I'm Ari — a freelance writer, digital marketer, and side-hustle guinea pig. HustlePineapple is where you'll find my best tactics for freelance success, blogging and social media tips, and ideas for profitable side-hustles. Connect with me on Twitter or Instagram @HustlePineapple

You will be notified everytime I have something valuable for you. Click here to read our Privacy Notice

Your Ultimate Pitching Blueprint for Winning Jobs via Job Boards

5 Reasons You Need to Keep a Business Budget

4 Ways to Build Up Samples (When You Don't Have Any)

You will get no Spam and no BS. Just my very best material.

We use cookies to ensure that we give you the best experience on our website and brand. I understand and consent to cookiesRead more